ThoughtWire Team - A Woman in STEM

Figuring out the right career path means finding what you love, and letting it fuel you for life. Today, we highlight Vanessa Williams, Principal Software Engineer and Technical Product Owner. Vanessa, who has been at ThoughtWire for nearly a decade, has had a fascinating career over her many years in the industry. Vanessa has continuously displayed her dedication to furthering her knowledge and pushing boundaries. Here, she shares her insight on her work history, what it means to be a woman in STEM, and what her experience has been like as a long-term employee.

When did you enter the Software industry and how has it changed since then?

I entered the industry sometime in the 1980's. I started my career working on real-time control systems. In such a long period of time, the industry has changed radically. Not only are personal computers ubiquitous, but we all have supercomputers in our pockets. Until the Web became "the big thing" in the late 90's, software developers were looked down upon in many organizations. Since then, their role has become much more important. One unanticipated change is that there were more women in computer science when I started than there are now. Enrollment by women in CS and related fields dropped off drastically after a surge in the 80's.

What was your experience like in undergrad? Describe what your first role was?

The University of Waterloo wanted to be able to claim to only have the very best graduates. So the first two years were a constant attempt to reduce the class size by flunking people out or making them want to leave. Finding a co-op job every 4 months, finding a new place to live, packing up and moving, and repeating that over and over was also very intense. At that time Computer Science was in the Mathematics faculty and I received a B.Math with CS as my major. My first co-op job was writing software for monitoring and controlling water distribution systems and other industrial processes. I continued in that vein for a while at a few different companies, including my first full time job.

I initially worked as a consultant to scientists and engineers. This led me to work with researchers at the Department of National Defence and other large research institutions. Then a little later in the 90's, the World Wide Web became the big thing, and I jumped on that bandwagon. Through that experience I wound up helping to found Canada's first, largest, and most successful interactive agency. I was Technical Director and CTO there for 7 years. After that I tried my hand as an entrepreneur and started a company with some colleagues. Then I thought I might like going back to scientific computing so I joined the lab of a famous computational biologist. I eventually ended up at ThoughtWire nearly 10 years ago.

What is Engineering culture like at ThoughtWire? How does it differ from other experiences?

The culture here is more collaborative than anywhere else. It's the only place that does agile for real instead of just pretending. We also have a very high calibre of people!

Your career has progressed with ThoughtWire over the years, what has kept you here?

The people and the technical challenges, mostly. Our CTO, Stephen Owens is someone I consider a mentor. And of course, what we're doing is socially meaningful. I have always preferred doing truly useful things, rather than just benefit one business's bottom line. ThoughtWire also allows engineers to progress in their career without becoming managers. Few organizations do this, forcing developers to become managers in order to move up. This is a waste of talent, makes for bad management and unhappy engineering managers. Having an engineering career track is very important.

What are some of your perspectives on the future of Engineering? How can we encourage others to pursue STEM?

I've seen so much change in my career that I know any attempt at prediction is quite foolish. To encourage others to pursue STEM, I can only speak for software. And for that all I can say is it's worthwhile reminding people that software makes the world work. It underlies just about everything. So whatever it is that you care about, you can make a difference in that area through software. This helps to focus on the outcome rather than what may seem like tedious tinkering with plumbing.

What do you want to achieve in the next few years, and how do you see ThoughtWire playing a role in that?

I like making complex things and doing things that no one has ever done before. ThoughtWire gives me that opportunity. Also, my career is mature, so at this point a significant focus for me is finding a way to pass on what my experience has taught me. I have plenty of opportunities for that given our engineering culture, so I look forward to learning and sharing for a few years yet.

Vanessa’s journey through the world of software engineering, is a fascinating reflection on where hard work and dedication can take you. Following her passions and interests, led Vanessa to complete rewarding work, challenge herself constantly, and continuously grow both as an employee, and as an individual. Looking for a place where you can also contribute, innovate and be inspired? We think you’ll love it here. Check out ThoughtWire's career page. 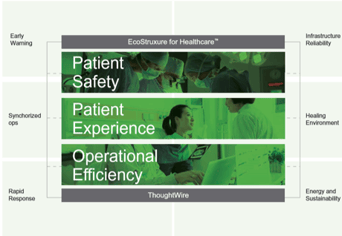 How can AI improve Healthcare?

Download our Brochure to learn how to Digitally Transform your Hospital 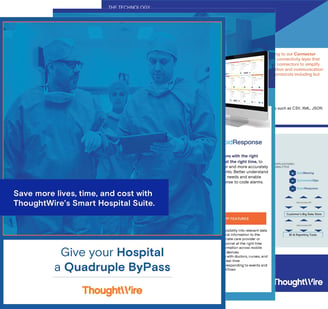