I spend a lot of time thinking about how our pasts are a part of us; every decision we made and everything that happened to us played a part in getting each of us to where we are today.

Last year’s setbacks may have put you in exactly the right place and frame of mind for today’s opportunities. If you hadn’t tripped on your own shoelaces, maybe you’d have never found that $20 under the couch! The point is, if we actually could go back and give our younger selves advice, it would radically change the present that we came back to. But still, it’s useful sometimes to think about things we would have done differently. 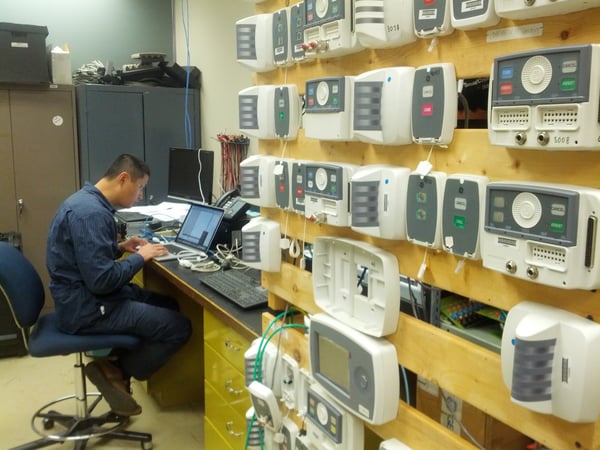 We’ve covered how our veteran employees came to be at ThoughtWire, how things have changed since then, and the highlights of the past ten years. Now it’s time to get introspective:

If you could go back in time to the night before you started at TW and give yourself advice, what would it be?

David, Senior Software Engineer: First, I would tell myself to leave earlier that first day. The very first day I started we were at this rented meeting room, I was meeting most of these guys for the first time, and I had to drive in. The traffic was so terrible that I got to my condo downtown at the time I was supposed to be there, then I had to get in a taxi to go the rest of the way. Very first day, and there I am late for work like "Oh, sorry..." (laughs) So that would be my advice, leave a half hour early because the 400 is terrible.

Kiril, Software Engineer: That I will not be needing my resume for at least 8 years.

Yang, Director of Customer Success: Be ready to adapt for many different situations, and be open to saying yes to new opportunities to learn from each team here at ThoughtWire.

Jose, Distinguished Engineer: Things have gone fairly well, they've progressed as well as I could have possibly expected. The main one would be to consider early how to deal with a much bigger scale. Things quickly escalated, we're dealing now with massive health system applications. The sheer size of the code that we have to deploy, the number of applications that we're doing... if we had known that from the beginning, maybe some design decisions would have gone differently. But I don't know if there would be that much that I would have changed in the path that I took.

Check in later this week for another instalment of the #TWTURNS10 series to hear more stories from the early days of ThoughtWire. You might even see a few early photos - true gems from the startup scrapbook.